The future builds on the foundation of the past.

Highlights from The Past 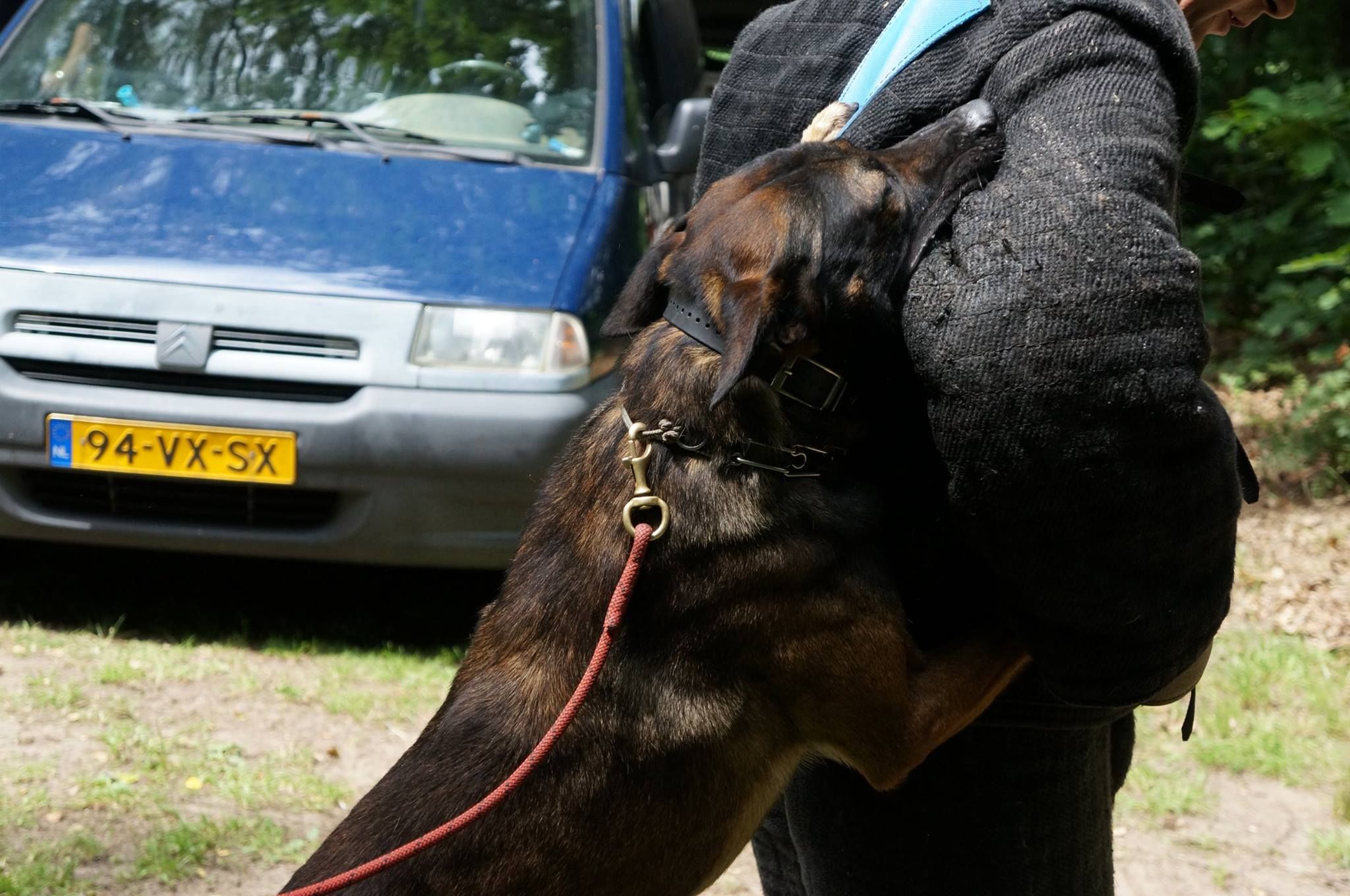 Branco came from the combination between Dax (BRN 15229) and Noa (BRN 20441). This combination produced several well-known studs including our Branco, as well as Dino te Lindert and Biko Abbink.

Branco was our "in-house" stud dog. He showed time and time again to produce stable, clear-headed, and dominant in character offspring. Offspring that have been successful in police, military, sport, and even excellent additions to several breeding programs.

Branco was social outside of work and in the home. During work he was very dominant in character and carried very strong possession. His search/hunt was strong, but he hunted more out of posession than for the actual search. He was a hard dog with a lot of drive, and sometimes that superseded his thinking which could occasionally make him difficult to handle within training. 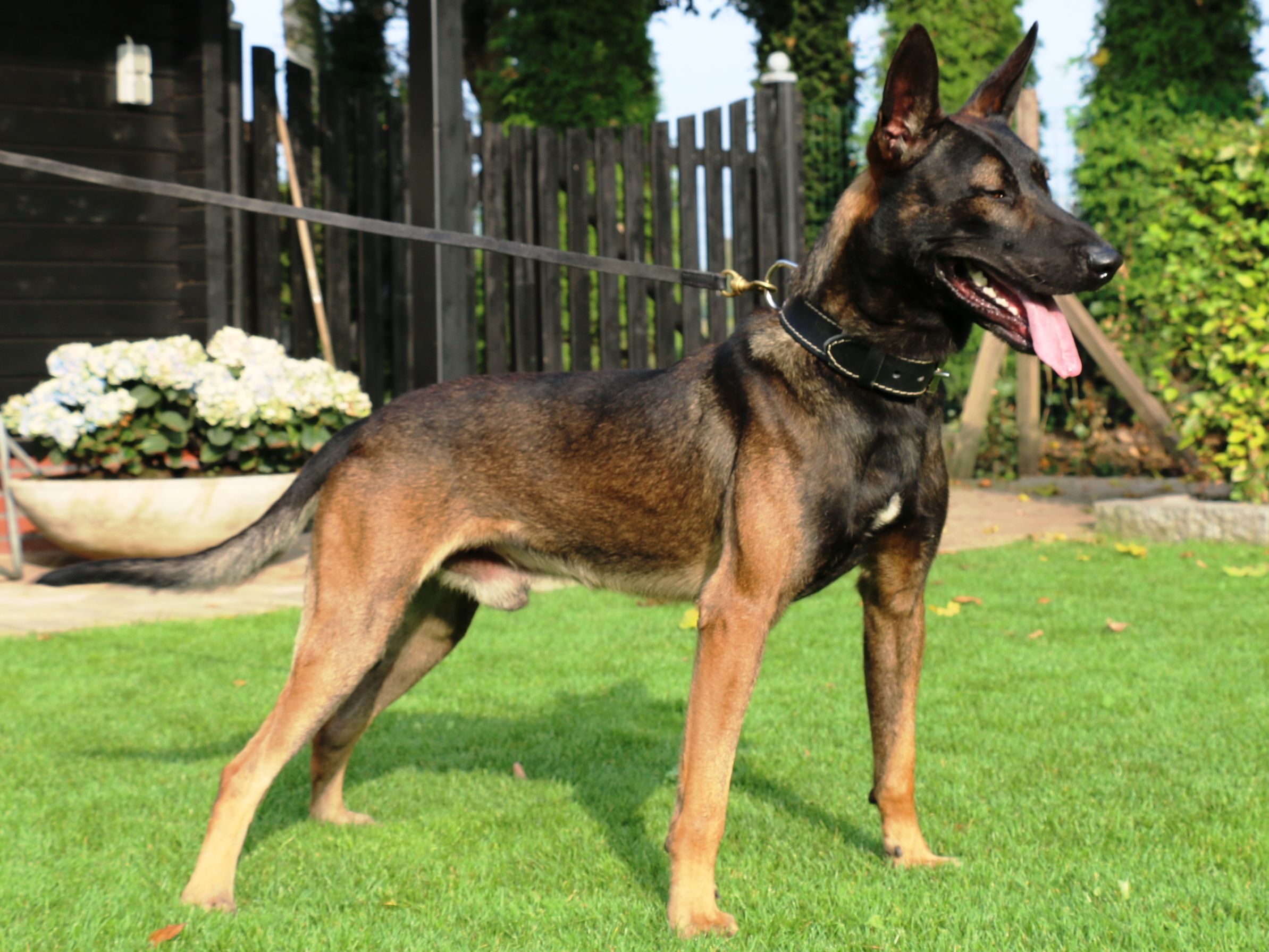 Branco was an amazing dog, in so many ways that are indescribable. He, of course, was an amazing working dog in his own right as well as a prominent stud for us and many other breeding programs. But he was also so much more than that. He had such an incredible temperament and was just such a love in every aspect of life. He was so special in so many ways, that are hard to explain and articulate into words.
He was always such an easy dog to have around. Always quiet, clean, sociable; you never had to worry about him. You could take him to club to work, and then leave and take him to a restaurant and he would just sit down on the patio next to you while you ate. You could take him anywhere with you, and you would never doubt him.
He even flew on a plane with me several times, and always quiet, easy, relaxed, he never had a worry or a fear in the entire world. He had such a big heart in every sense of the word. He had so much heart and desire to work, and in the same instance he had so much love for every aspect of life.
We have so many amazing memories with him in our lives. So many funny memories, so many stupid memories. So many unforgettable moments with him and having him gone now…things don’t feel the same anymore.
We will never forget him. And we feel so lucky and honored to have been able to have him in our lives for the time that we did. 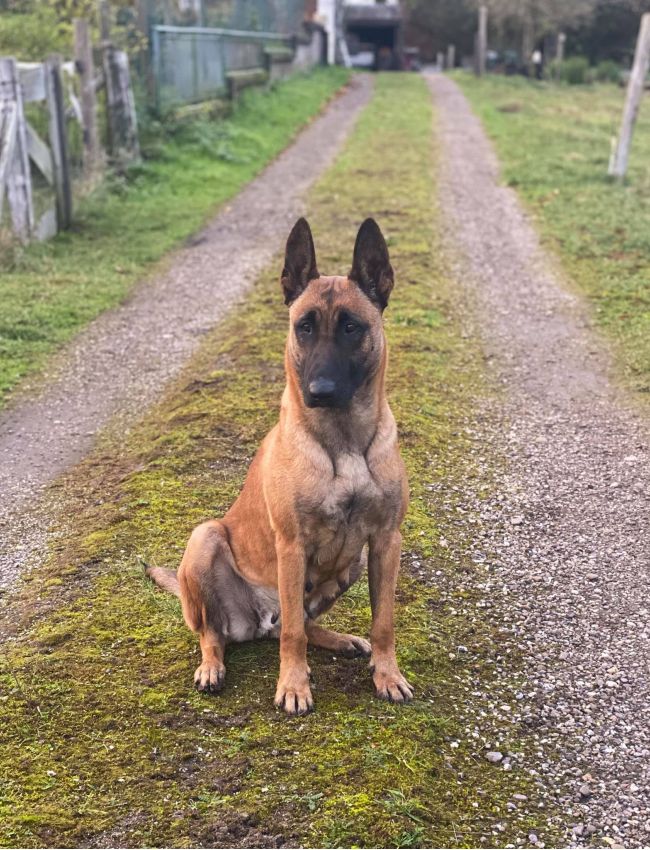 Pippa is a very substantial female. She is not overly tall, but is solid in body type. She is a social female with a bit of edge, and enjoys simply being around people. She is also stable towards other dogs, however, is a dominant type, including towards other males. She is not an over-the-top female in drive, but has overall good traits. 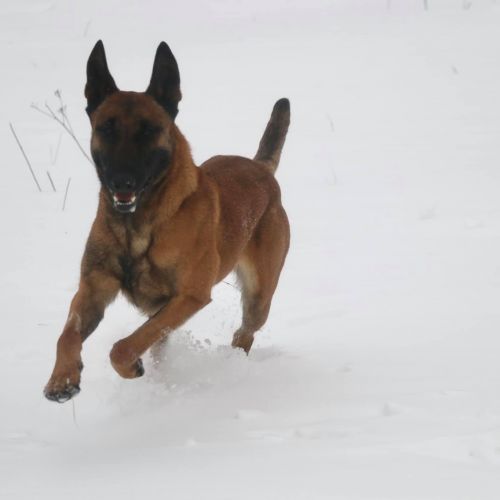 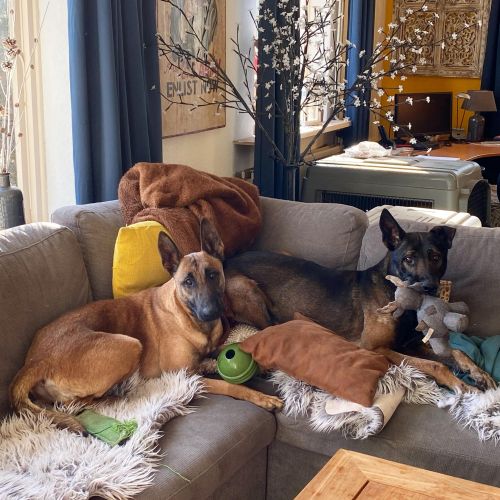 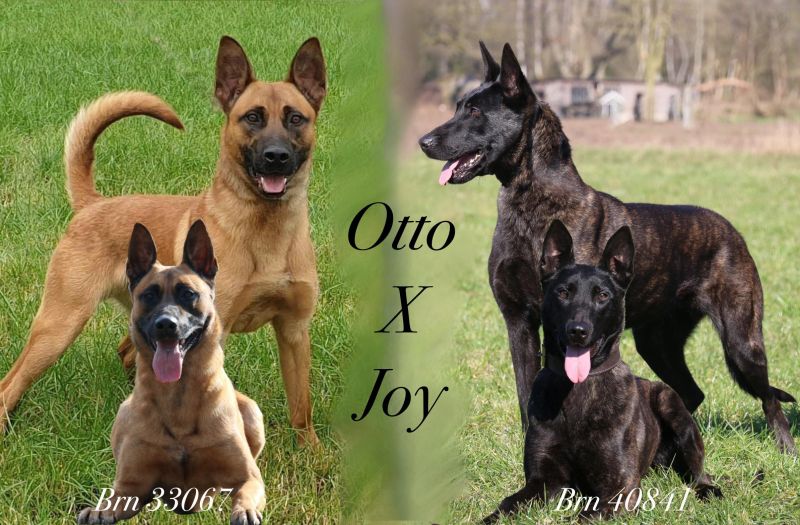 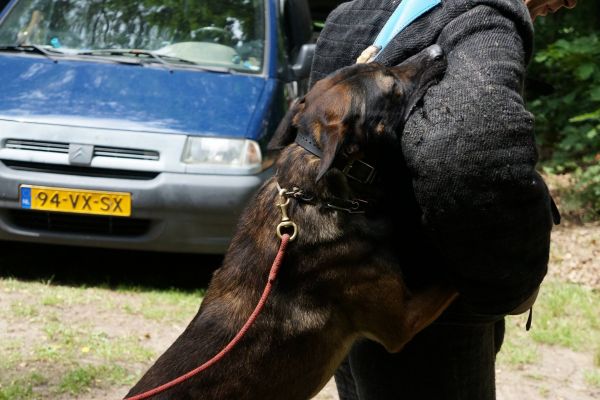 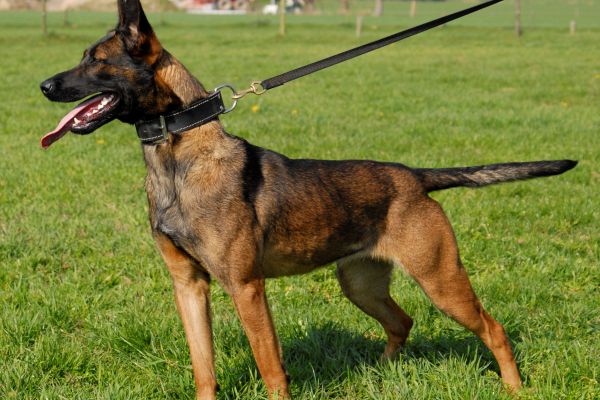 This litter was repeated three times: 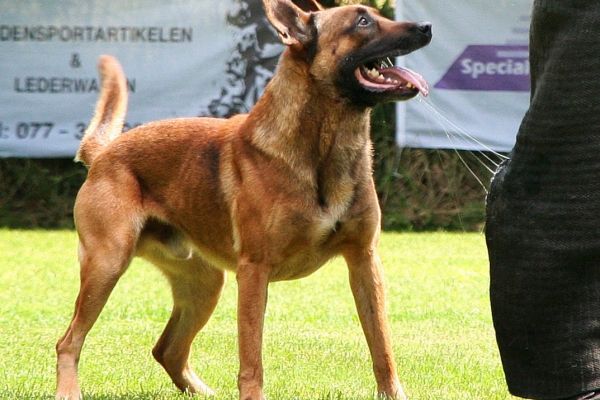 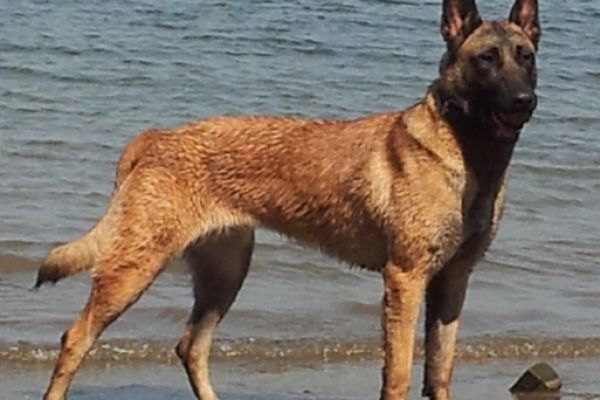 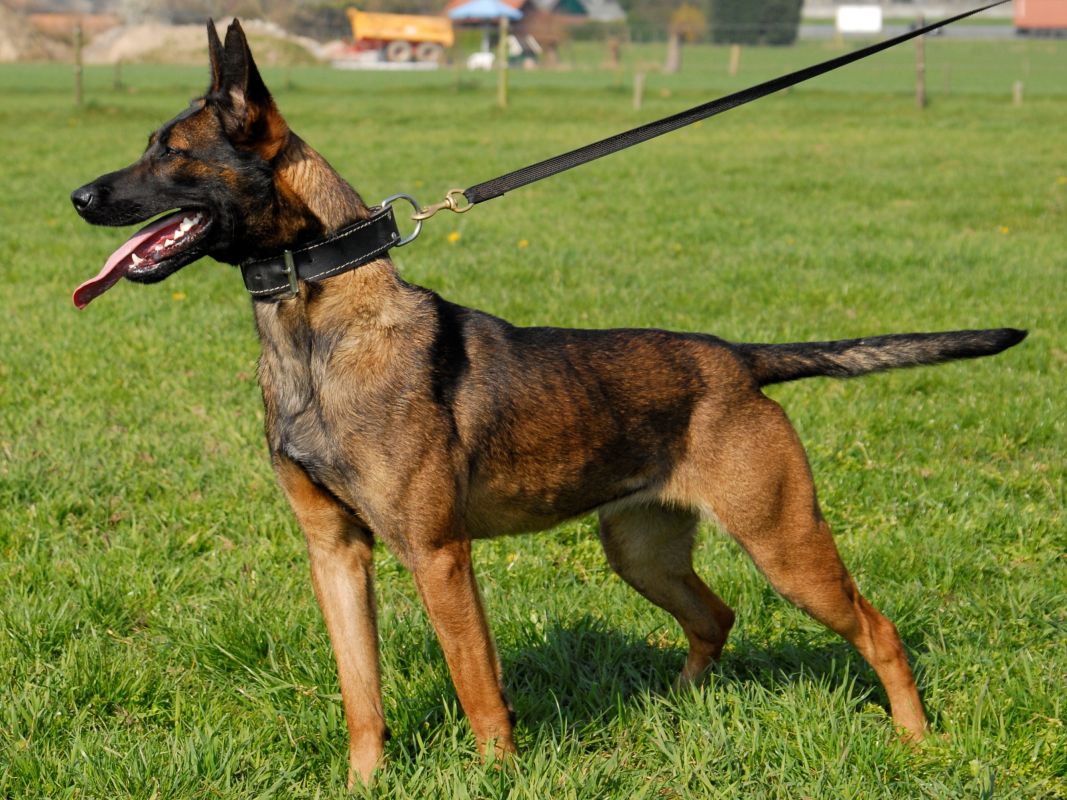 Pica was a good size, high drive female with lots of temperament and extremely solid environmental nerves. From nature great hunt, search and apporting drives. Pica’s longattacks were spectacular, high and hard in combination with a convinced, solid, full and pushing grip on an IPO sleeve as well as the KNPV suit.

She was the type of female that we loved to have had the opportunity to add to our breeding program. Bloodline wise as well as character and drives were perfect for linebreeding back into the old Duco lines.

Pica was out of a very consistant quality litter which also proved she was no coincidence in breeding. She passed her character and drives in a dominant and consistant way by genetics. 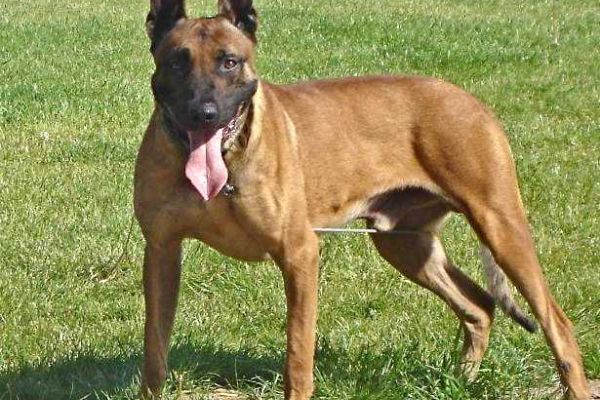 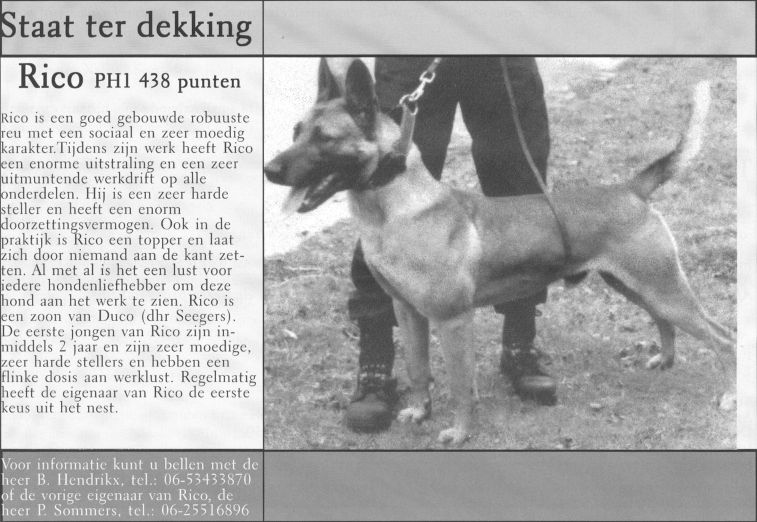 Saturday, January 11th, around 11:30am the first pup was born followed by five more until about 17:30pm. So far in total were three males and three females; all nice healthy and dark pigmented pups. After things stayed calm; no signs of more pups coming. Tess was in very good condition; feeding and taking care of her pups as she should.

The next morning, Sunday, we decided to operate via c-section to get the rest of the pups out of her. A pup (dead already for a couple of days) was the reason for the complication. We managed to save two more females which brought us to a total of three males and five females; a wonderful litter.

Until about 6:30am on Monday everything seemed to go perfect. Two hours later at 8:30am, when we went to the kennel again, we found Tess dead. A terrible shock, it looked unbelievable but there was not much time to grieve.  Like a reflex we began worrying about the noisey puppies who were hungry and wouldn't survive if we didn't react fast.

Bottle-feeding them one-by-one, phoning contacts and searching the internet for just-born litters. We finally found the perfect solution via Peter Sommers. A good contact of Peter, Tini van der Doelen, had just had a litter of Malinois' on Friday with only two pups. Tini was willing to put our pups with his. This female accepted our pups and started feeding them.

We would like to thank everyone who spontaneously offered to help during this time. Some people even offered to take one or two pups to join with their litters of 8-10, and someone even offered a female who had just been whelped off her own six week old puppies. Really amazing. 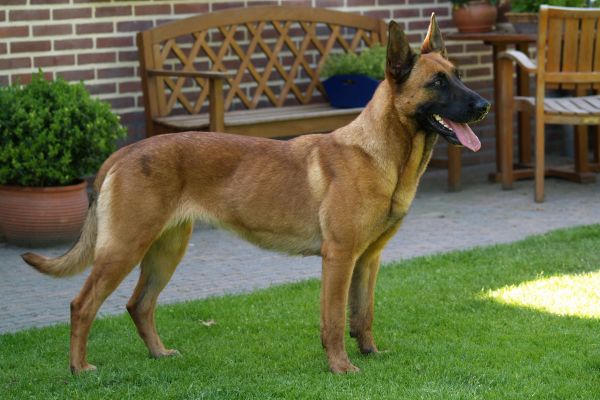 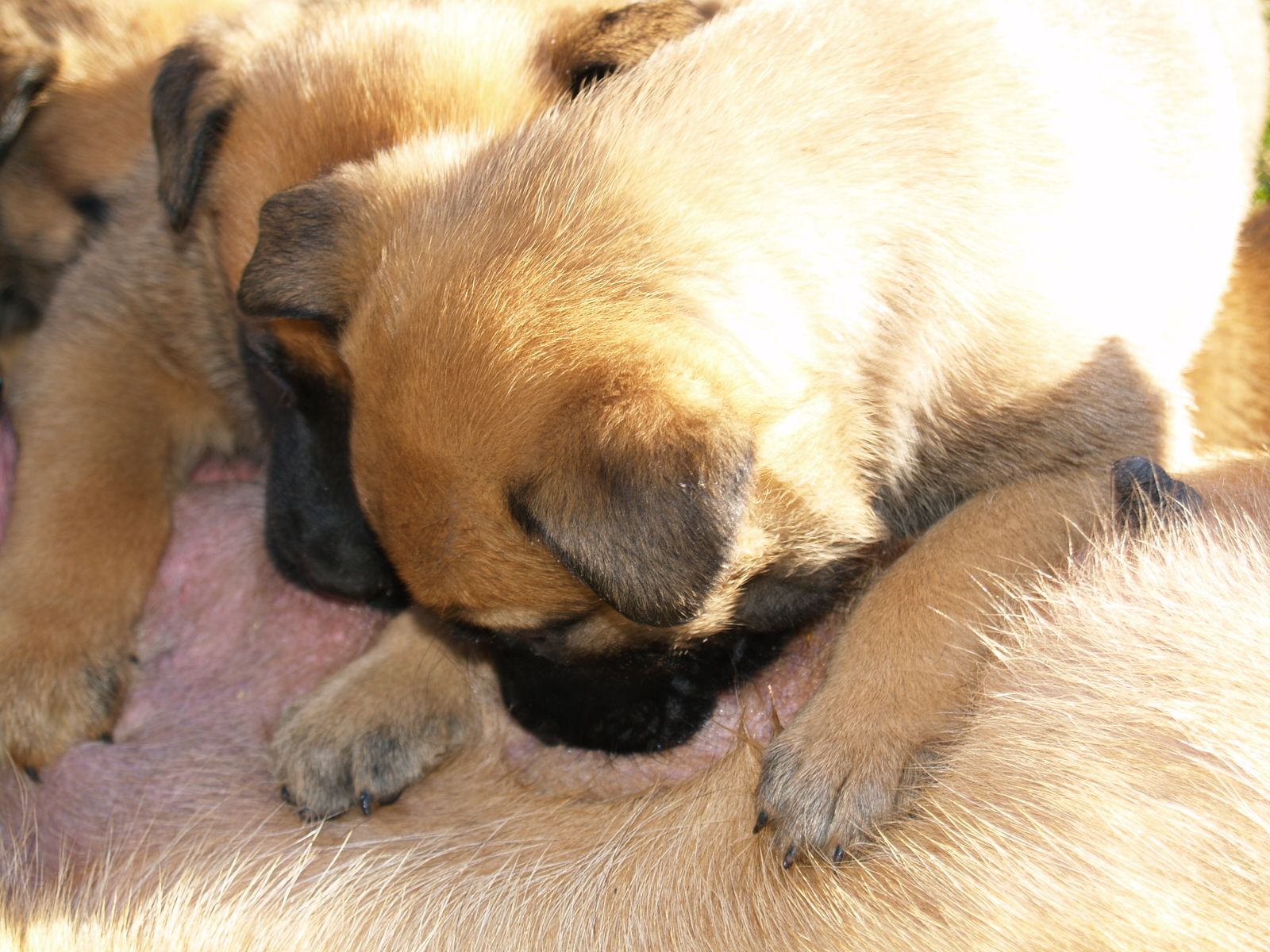 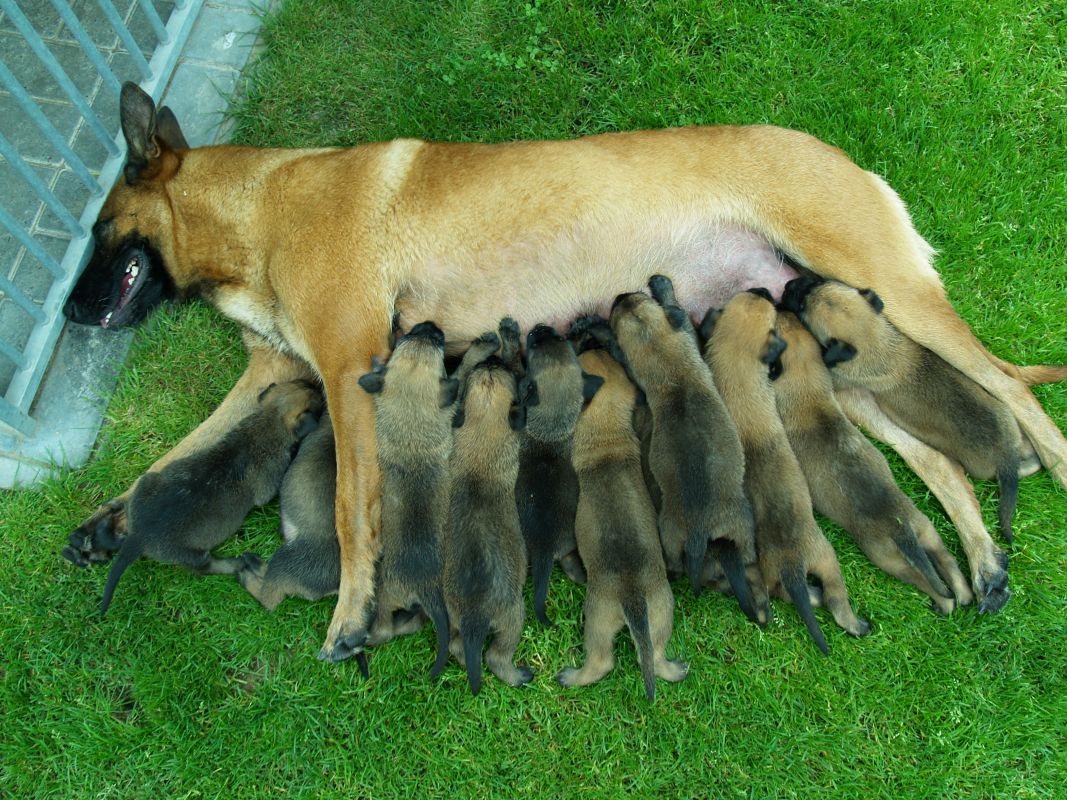 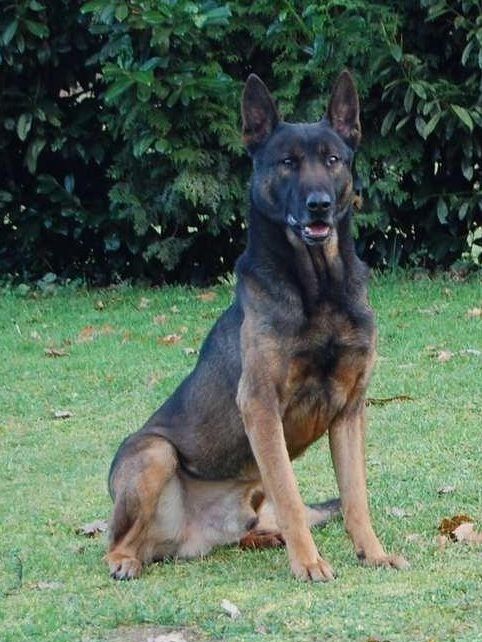 Dax was the darkest in the litter and was first pick from the litter by Leo Arts. Leo raised and trained Dax to his PH1 certificate of 413. Dax went for his PH1 on October 2, 2010, thus at 4 years of age. Shortly after getting his certificate, he was purchased by Tini van der Doelen. During the time of Tini owning Dax, he had several litters in the Netherlands. Around when Dax was 9, so maybe 2015, he was sold to Wilem van Buren in the US. I am unsure how long Wilem had him, or where he went after, but during his time in the US he changed hands several times before ending up with me (Emily Houk) in June of 2018, where he of coursed stayed until his passing 9 months later in February of 2019, at the age of 12.
Dax was very calm, and very social outside of work. His character was in and of itself very special and unique. We have all seen nice dogs, but there was always something different about Dax that was difficult to explain. I think the only word that truly comes to mind, is heart. And I do not mean heart in the manner of emotional, love feelings, but in the manner of how an athlete just has heart for the game. Just sheer determination to succeed, yet enjoying every moment of it. He was the type of dog who would go through fire for anyone on the other side of the leash. He was a bit the type that when his mind was in something it was hard to change it otherwise and not much of a thinker either. When he would go down the field on an attack, it was all gas and he’d sort out what to do once he got there but not before.
Dax was also a great producer. He has produced some very notable offspring, including Dino Lindert, Biko Abbink, Branco Aalders, Maddox (German police), Nico (US police, owned by Mike Lilley), Reza Mcgrotty, Kyra Carlisle, Rico Jan Derksen, Luna Aalders, Nova Aalders, Monster Boren, Hippie Mud and many others. 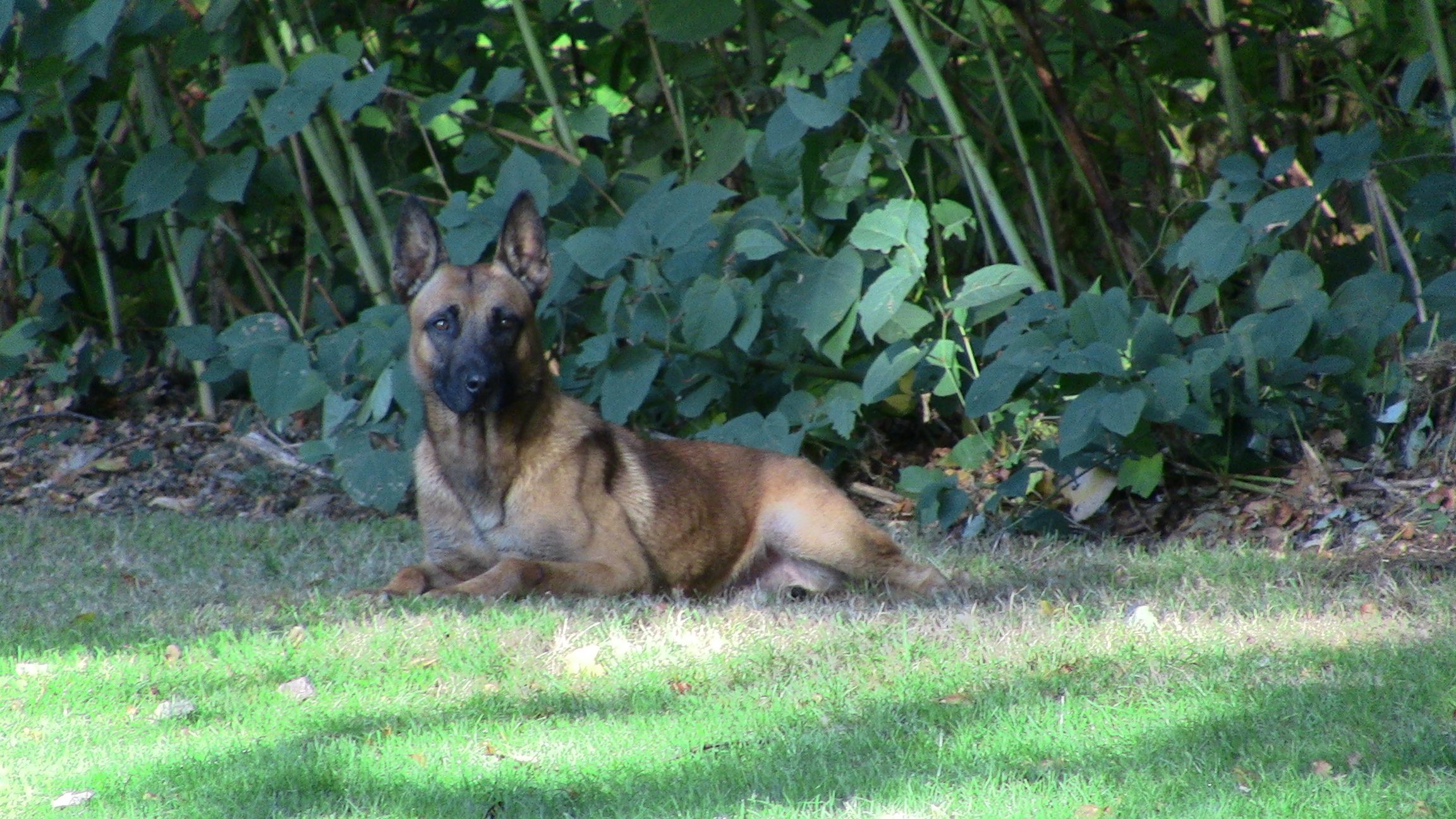 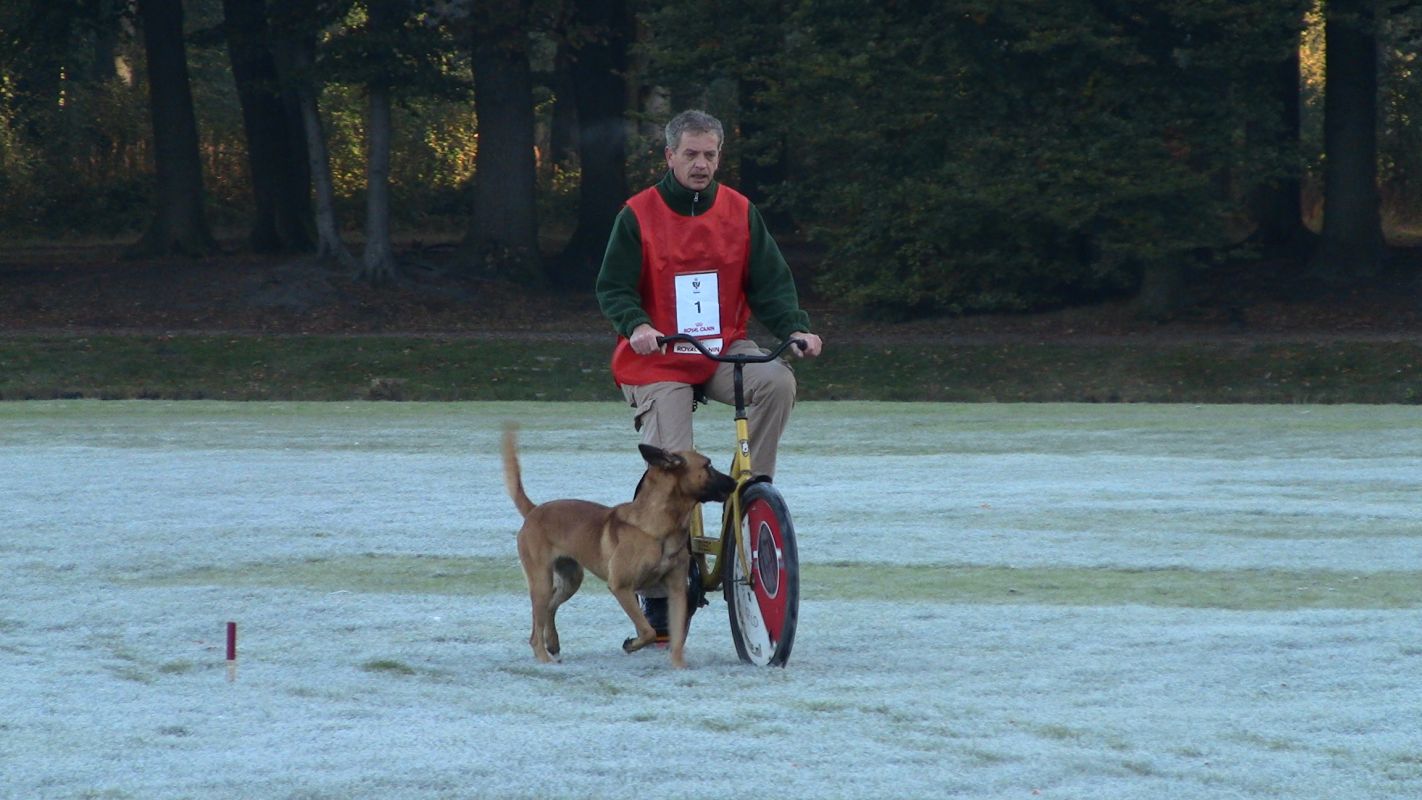 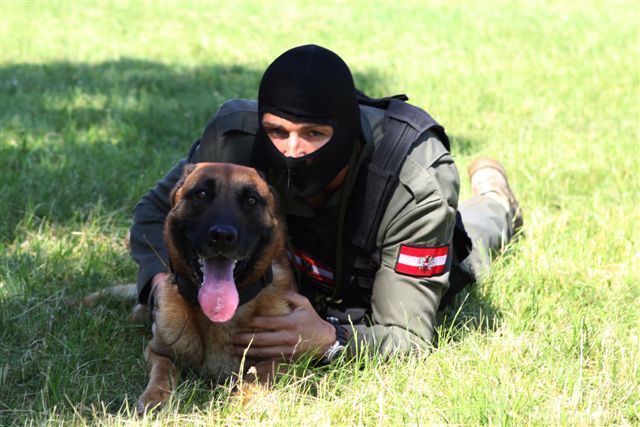 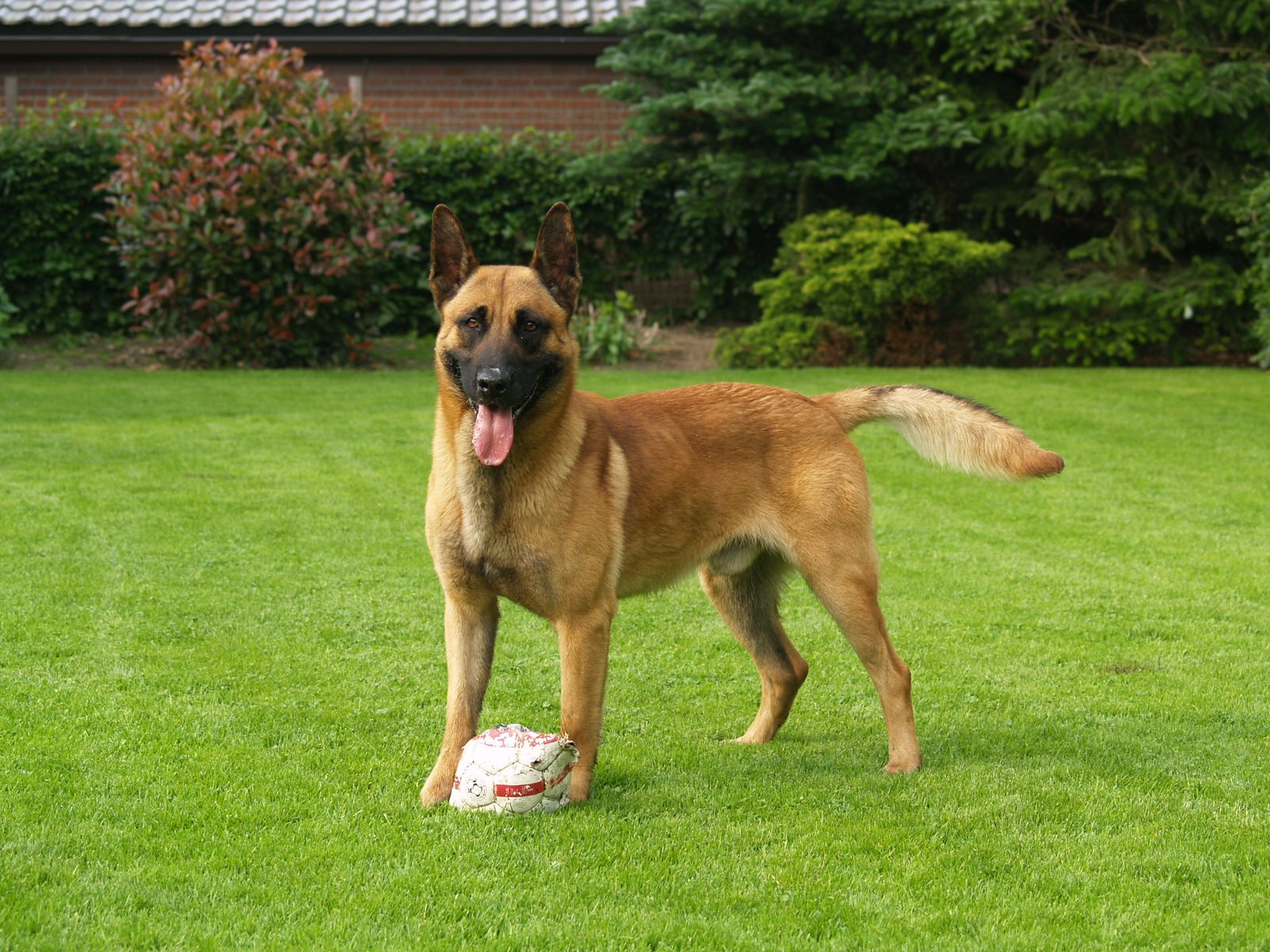 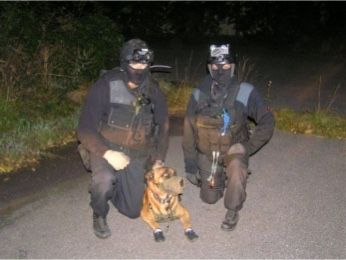 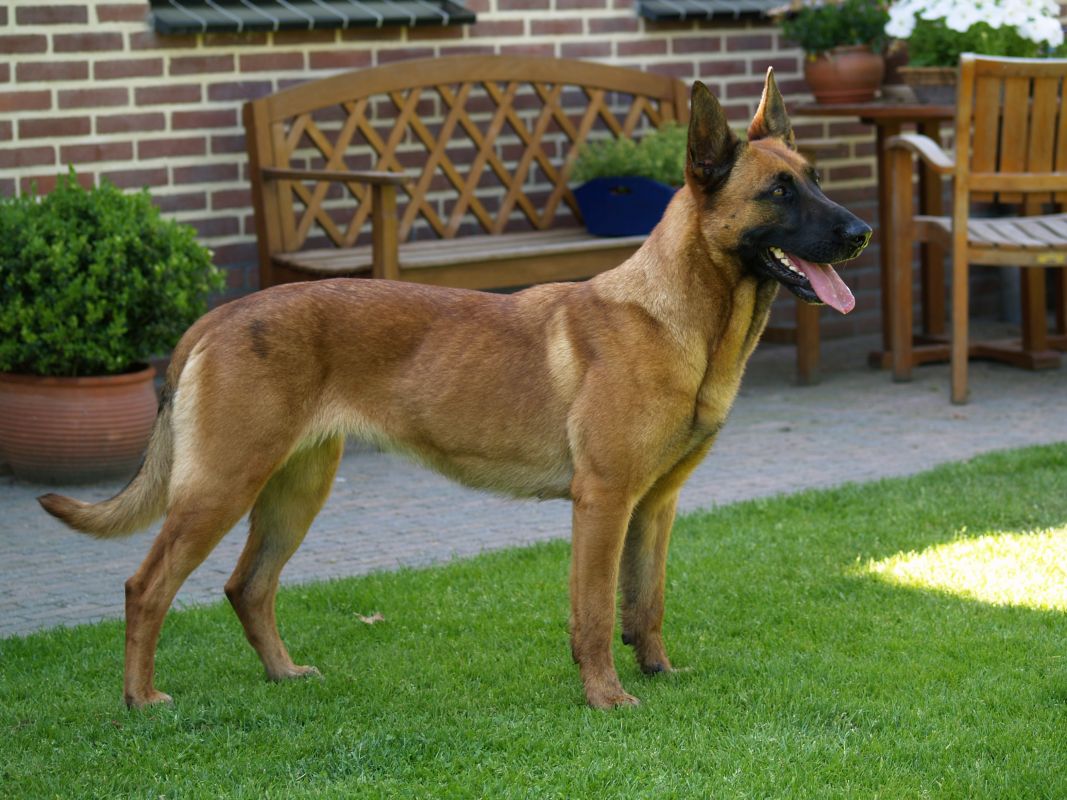 Tess was a female we bought at the age of two years because of her dominant nature and extreme drives. In combination with the right stud this   female has proven to bring excellent working dogs with extreme power and drive.